We will detail in this post the usage of the radio player chat usage. Let’s start with the basics.
Internet radios have two options for sending audio service to their audience:

Some well-known radios have been broadcasting their radio through radio player or radio hubs such as mixcloud. Now, let us see the importance of a radio player chat for either webcasting and podcasting.

All radio stations need audience just like audience need radio. It is a reciprocal need between the two. Therefore radio player that webcasting its content needs to maintain its audience and keep communicating with its audience.

In pre-Internet radio era, we generally made a phone call to the radio station and made a song request or answering quiz.

The technology for radio player chat was not available at that time, therefore a telephone is the only way to communicate between the radio station and audience. Sometimes, the phone call from the audience was broadcasted on air and the radio DJ engaged the caller in a conversation. 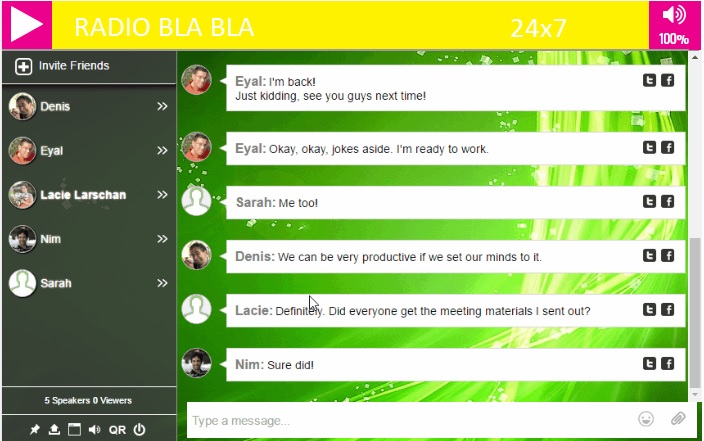 However, a current radio station may not be able to do the same thing anymore. Listeners of Internet radio station are mostly geographically dispersed.

The other option is having a unique url where you chat is or even chat and player.

For podcasters, a chat room is necessary to engage their audience as well as the radio station. It is because podcasting is an on demand service. Unlike webcasting, the audience of a podcast can listen to the audio content anytime in their convenient.

Podcasting is more of a static content instead of a continuous streaming. Therefore, the audience does not listen to the audio content live-streaming, but they have the option to listen to the content later.

Podcast enable the audience to take control of the time for listening to the audio content in their hand.

This provides convenient for listeners as well as the radio station. Since radio station can record the content beforehand and put the audio recording in the podcast server. Regardless of differences, both services need a radio player chat.

Richard Berry, a station manager at SparkFM and also senior lecturer and researcher at the University of Sunderland in England have been closely watching the evolution of podcast into what it is today. He first observes the emergence of the podcast in 2005 when the podcast was first available for 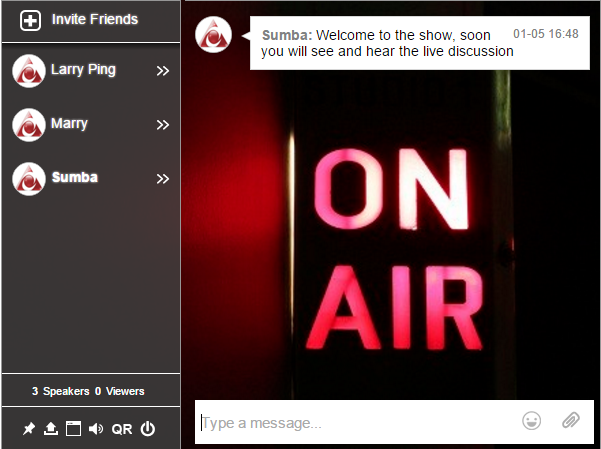 He first observes the emergence of the podcast in 2005 when the podcast was first available for everyone. Berry observed the phenomenon carefully and based on his observation in his article entitled ‘Will the iPod Kill the Radio Star?

Profiling Podcasting as Radio.’ he wrote: “Podcasting allows anyone with a PC to create a ‘radio’ program and distribute it freely (he was so right), through the internet to the portable MP3,Mp4 players of subscribers around the world.”

Berry, a researcher on radio production noticed the capabilities of podcasting, as he noted, “Podcasting not only removes global barriers to reception but, at a stroke, removes key factors impeding the growth of internet radio: its portability, its intimacy, and its accessibility.”

Some public radio networks have already provided podcasting service, as the alternative from webcasting. BBC, CBC Radio One, National Public Radio, and Public Radio International are among the first radio stations to engage the podcasting technology.

Other renown media publication has also included podcasting as their channels, such as CNET with its technology news and Bloomberg radio with the financial news.

Podcasters can measure their audience by monitoring the number of subscribed audience and their activity in the content. Even so, that does not provide their audience the ability to send feedback and communicate.

They need a radio player chat to engage the audience in a conversation, thus understanding what the audience want and cater their needs.

They need a radio player chat to engage the audience in a conversation, thus understanding what the audience want and cater their needs.

A radio player chat can be installed on the website of podcasters, and allowed the audience to talk among themselves or with a representative from the podcast radio station.

Do you need your own chat room? If so it takes less then 2 minutes to start creating your own custom chat room, register in here.