We can never be able to separate Internet and university. In fact, the Internet and its technology was developed in campus. One of the most significant technology in campus life is live chat room. For those who went to university in the early and mid 1990’s, we would still remember the Internet Relay Chat or IRC, which then followed by ICQ created by Mirabilis quintet: Yair Goldfinger, Arik and Yossi Vardi, Sefi Vigiser, Amnon Amir.

If we look back further, to the first day of Internet at its birth during the ARPANET era in 1970’s, we found the initial technology was created in campus. The very first e-learning system called PLATO, an acronym for Programmed Logic for Automatic Teaching Operation, was equipped with live chatroom system called Talkomatic. The e-learning system was developed in University of Illinois to provide a graphical computerized learning system in the campus of University of Illinois. Although designed to be instructional learning system, due to its complete communication system in its operation, it is said that the system was creating new wave of online community. Talkomatic chat room was one of the wide array of communication system in PLATO beside bulletin boards, forum, instant messaging, screen sharing and personal notes. 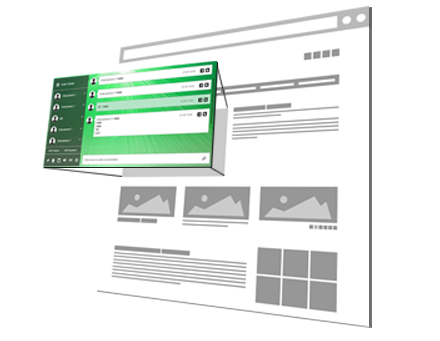 One of the messaging apps for iPhone created by Ray Ozzie, former Microsoft software architect was named after chat system. Ozzie was a graduated from University of Illinois, and during his tenure in campus, he worked a lot with the system and its communication system. Ozzie is famous as the creator of Lotus Notes messaging system, inspired by University of Illinois messaging system. He was also known as Microsoft legend who was responsible for design and architect of  Microsoft software after Bill Gates era.

Let us go back to the early live chat room started in university campus. Please remember, during that era the 1970’s, laptop or desktop computer had not been invented. All computers were UNIX mainframes, and users access the program using terminal accessing the mainframe.

However,  University of Illinois was able to create a breakthrough with its e-learning system, surpassing all technology limitation. Its graphical instructional for instructional learning was enormous for that era. Not to mention its games that inspired current game like Microsoft Flight Simulator and current multi user game was first initiated in the system.

During conversation, character was broadcasted by one character after another as soon as user typed in. This was fascinating because users could see when a character was deleted or a typo error was corrected. A very different approach than common html chat room today, which transmit the message as a user indicating the message is finished by pressing enter of by clicking the “SEND” button.

A Live event was never far from Html chat room. University students who were known for their idealism and romanticism very often utilized the chatroom to spread their ideas. One of the recent was in September 2014 Hong Kong student protest. 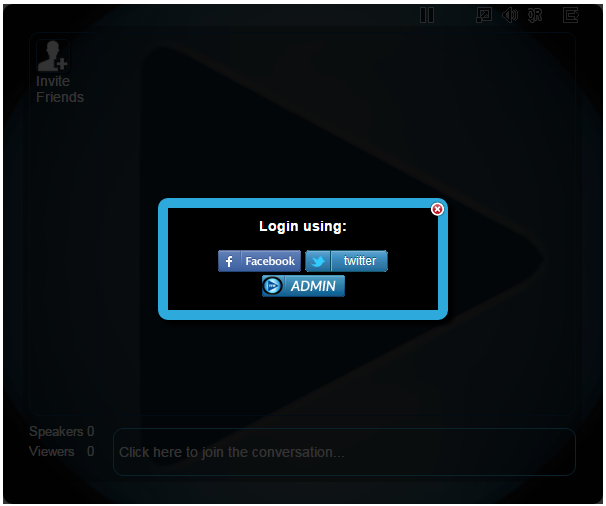 However, students consider the electoral reform platform was still too conservative and restrictive. Hongkong Federation of Student or HKFS, students union group from 7 universities in Hong Kong, protested the platform and demanded more progressive and less restrictive regulations. They initiated the class boycott involving student in 24 universities in Hong Kong. The boycott later supported by high school students as well, from hundreds of schools. The small event started as class boycott then expanded into massive protests in Hongkong in 2014.

Chatroom has been an effective media to promote such live event, yet in the repressive and dictatorship country like Iran. During 2011 student protest, Iranian repressive government had blocked all media access to the event, including Internet. Nevertheless, chatroom along with social media provided worldwide reporters current situation in that nationwide protest, continuing the 2009 rigged presidential election.

Previously, at the event of 10th year anniversary of 1989 Tiananment Square protest, Chinese government closed down Internet chatroom across the country to prevent the spread of anti goverment ideas through html chat room

In the International event, live html chat room had also taken place as communication media.
During a failed coup d’état by several KGB leaders in 1991 who tried to overthrow Mikhail Gorbachev from presidency there was a media blackout. Nobody in the world knew what happened in the country. As an alternative media Internet Relay Chat or IRC was used as broadcast media to the whole world.

Earlier, chatroom also played important role a communication media during the first Gulf War. Chat logs from those two events can be viewed in the Internet library site: www.ibiblio.org.
We have seen how chatroom has become a very important role in university live event. Events that began in university were able to take bigger stage and change the world because of chatroom. So, for that reason we will always need html chat room, and it will always be here for us.

Nowadays, we have been so accustomed with chat software and utilizing its function to communicate with others. With so many options to fulfill our needs for online conversation, we somehow take this technology for granted. However, let us take a brake for a minute and reflect on the technology that has been our friends for more than 30 years. How it evolved across time and how we have a better option with chat service instead of software now.

The Predecessor of Chat Software

Early in the birth of communication technology that now become Internet, there is a program worthy to mention as ancestor of chat software. The program was a UNIX program called talk. Talk was a text chat program and it is outdated compared to other chat rooms today. However, Apple OSX Darwin, which based on BSD-Unix still used this talk program, also other UNIX variants like Linux and FreeBSD. As a very basic chat program, talk only allow users in UNIX and UNIX-variant system to chat with another user with one-on-one chat.

The more advanced chat program was built for educational purpose. Talkomatic, from University of Illinois computer assisted learning system in 1973, was the first program built as chat room. Although it has only limited capability to have maximum five users in chat room, this program sets a breakthrough for chat technology. It provided replica of what a chat software should have in terms of features and functions like a group chat, chatroom and message broadcast.

The Next Generation of Chat Software

Internet Relay Chat or IRC in 1988 was developed to supersede talk program in UNIX. Since its inception, IRC was developed as an application protocol in TCP/IP suite to provide a universal protocol for text communication Its role as protocol allowed programmers to write a chat client software to run on top it. Some of the well-known IRC client software were mIRC, ChatZilla and IceChat.

One of achievement with IRC protocol is its advanced capability to handle group conversations and forum as channel.  IRC had more advanced way that University of Illinois’ Talkomatic in that matter. For that reason, IRC became common method of online conversation before instant messaging chat room came.

Instant messaging system is another chat software arrived later with more advanced technology than IRC. ICQ was the first instant messenger available in 1996. Its approach in providing unique user ID for each user has become the model for today’s chat platform and social media application.

Following the footstep of ICQ, American Online created its own chat program and decided to by ICQ and perfecting its instant messenger with ICQ technology. From then on, numerous instant messaging chat software came from many companies such as Microsoft, IBM, Blackberry, Yahoo, eBuddy and many others. We are now able to have audio, video and multi media conversation in chat technology. However, it makes chat program become bigger, and consumes much higher resources than a simple text chat program….
Apart from that, we need a multimedia chat. How can we find a better one?

After a long of online chat program, we are now reaching the ceiling of chat software. All installed chat program has to be constantly updated whenever there is a new patch or new version. This spend a lot of time to update our chat programs.  Sometimes when we are about to have an important conversation, html chat software prompt an update message, requiring us to update the program. We need a better solution for this exhausting process of continuous updating. Isn’t it time for new technology to come forward supplanting the html chat software? 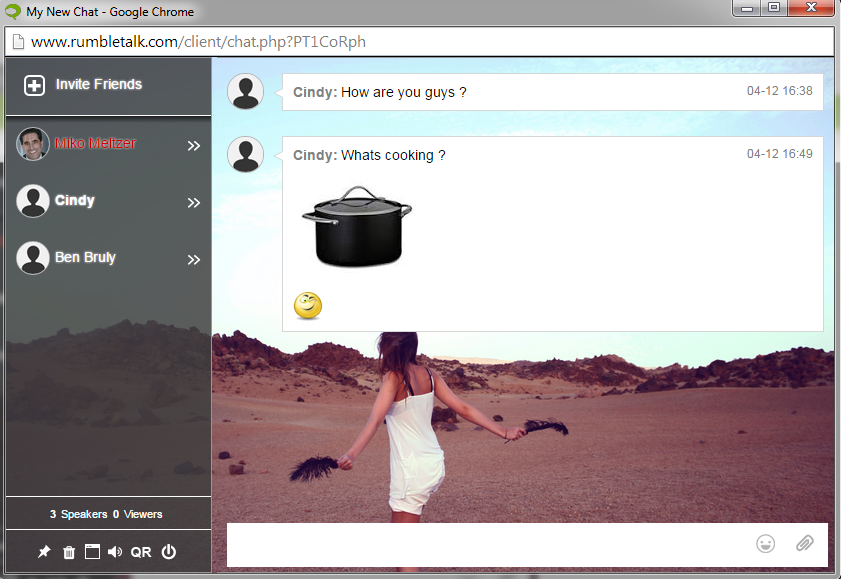 The time is right now for a chat service on your web or your mobile device.
Traditional chat program has its own drawback of installation on our computer. It takes up our computing resources: hard drive, memory and processor to allow it to run. A lot of processes are conducted in our computer to run chat program, which most of time stays dormant as a memory resident program. While we need to free up those resources. 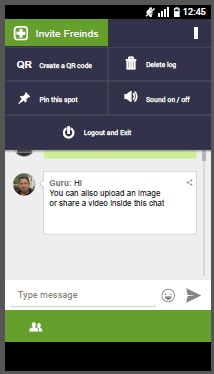